We provide a personal service to our clients based upon relationships that we have built up with those clients rather than based upon the transactions themselves. The firm consists of three Solicitors and four support staff who can deal with your requests and concerns professionally but with a personal touch. 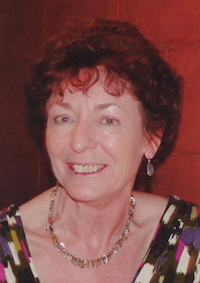 The firm of Lockhart & Co., was first set up in July 1999 by the late Geraldine Lockhart. Geraldine had worked for the previous 20 years as an associate Solicitor in the firm of Neville Murphy & Co., in Bray.

Her son, Gerard, who had worked for several years in another practice in Dublin City Centre joined the firm in 2002 as a Partner and it was then that we moved to our current location in Fairview. In the years 2008 to 2011, the firm briefly amalgamated with another firm in Killester but we have now returned to our offices in Fairview.

Geraldine Lockhart passed away in December 2011 and her son Gerard together with the other Solicitors and staff in the office are endeavouring to maintain her high standards and professionalism.

"I hired Ger on several occasions on a personal level over the last number of years for conveyancing services - remortgaging, and the sale and purchase of properties as well as the process of making...

Moving house is not easy. We have moved house many times and it has always been a very stressful experience. Recently, however, we moved house and we put ourselves in the hands of Gerard Cleary of...

Gerry is a client focused and responsive legal professional who has provided excellent service to me on the many times I have engaged him. Gerry provides knowledgable advice and is punctual in...

Gerry did our conveyancing for our first home back in 2008 and we were extremely happy with the service he provided. He instantly made us feel at ease and always delivered on his promises. i would...

Gerry carried out the conveyancing work when we purchased our house, and we found him very competent and professional
. He was frequently in contact with us and with the other side to issue queries...